For readers of George R.R. Martin’s Westerosi history Fire & Blood, the events of Sunday’s House of the Dragon finale were known, but in fleshing out the crowning of a queen and the death of a beloved son, executive producers Martin, Ryan Condal, and Miguel Sapochnik along with the stars and rest of the fantasy series’ team have transcended the novel to deliver a soaring TV adaptation. “The Black Queen” primes fans for what book readers know will be a brutal second season.

Spoiler alert: The following contains details about the season 1 finale of House of the Dragon, “The Black Queen.” If you have not watched the episode and wish to avoid spoilers, stop reading here. 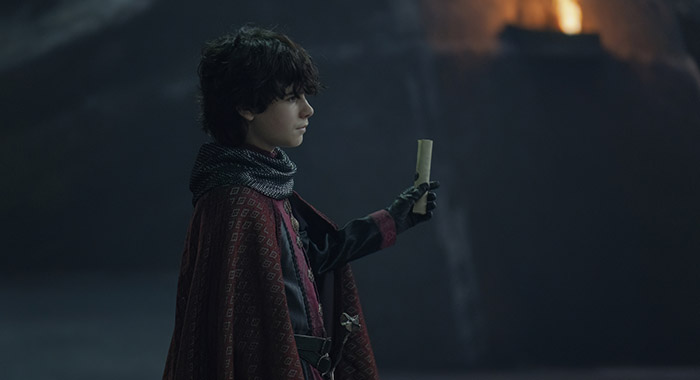 War is coming, Queen Rhaenyra Targaryen’s (Emma D’Arcy) despondent glare promised at the end of the episode, having learned of the death of her second son, Lucerys Velaryon (Elliot Grihault, pictured above). Presumably, that’s the news Prince Daemon Targaryen (Matt Smith) delivered to elicit such a response: that Lucerys and his dragon, Arrax, had been eaten by the oldest and largest (known) living dragon, Vhagar, ridden by Rhaenyra’s half-brother Aemond Targaryen. On top of the death of her father and the stillbirth of her son with Daemon, a newly-crowned queen — whose other half-brother, Aegon, is now called king and sits on the Iron Throne — can only take so much.

Reviews of “The Black Queen” are still rolling in, but the response so far is fawning. Here’s what critics are saying about the final episode of season 1. 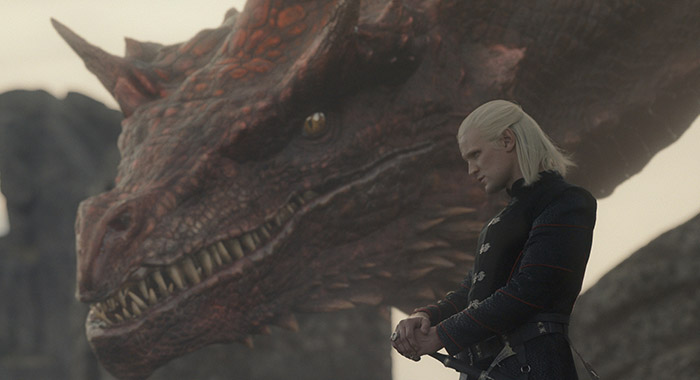 In “Game of Thrones” tradition, Aemond and Luke’s flight is pictured mostly in darkness or shadow, but Storm’s End is the rare sequence where this serves effectively serves the scene. – Proma Khosla, indieWire

It was brutal and savage and a brilliant end to the series. – Elizabeth Gregory, London Evening Standard

Truly one of the most shocking hours of TV I’ve watched in years — possibly ever. – Paul Dailly, TV Fanatic

The writing and the acting and the whole production just feels more rich and personal and intimate than its predecessor. It’s not as fun… But the complicated characters we do have feel more lived in, more weather-beaten and more real. – Erik Kain, Forbes 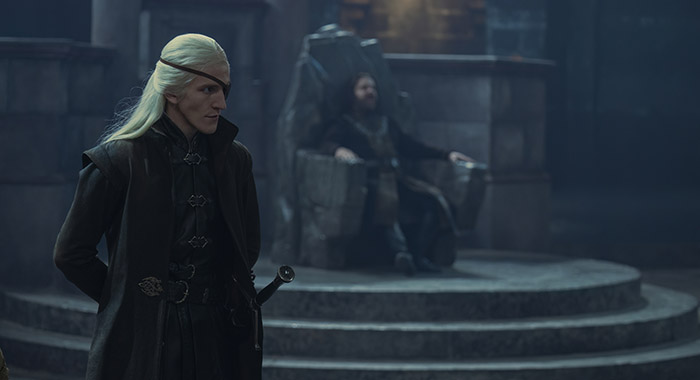 The war is here, and all the players are finally ready to play their parts. – Aja Romano, Vox

Within the show, the game of thrones will continue. But based on its opening salvo, score House of the Dragon as a victory for the old guard. – Brian Lowry, CNN.com

It’s that central tragedy, of two well-meaning women slowly made into realm-destroying monsters in a world where actual monsters still take wing, that elevates the show above its genre counterparts. – Sean T. Collins, Rolling Stone

The season finale is another rock-solid episode, with dragons, disaster, and excellent performances from the cast. – Molly Edwards, Total Film

It’s been a sometimes slow-burning first season to House Of The Dragon, but the emotional impact of this finale shows that all that ground-laying has established characters to care about and invest in. – Helen O’Hara, IGN Movies

The series has managed to navigate other elements much better than its predecessor. But the series could have been built on a more solid foundation. – Jean Henegan, Pop Culture Maniacs 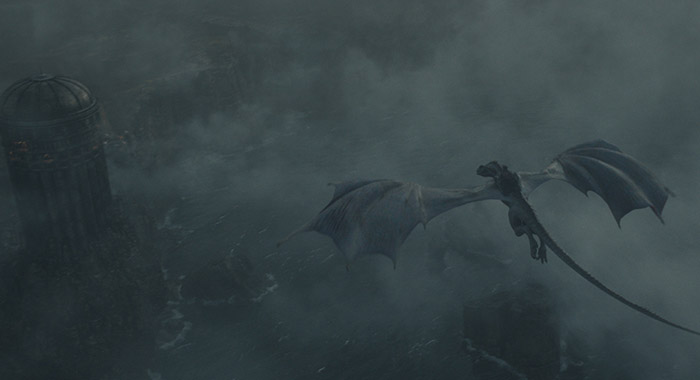 “Words are wind.” Though no one ever says it in “The Black Queen,” the iconic Westerosi aphorism hovers over the episode like a fog. – Jenna Scherer, AV Club

In the early going things felt a bit disconnected, episode to episode, but once the momentum picked up around episode 7, we started hurtling toward a cliff edge. – Glen Weldon, NPR

Without closed captioning and a deep background of Targaryen lore, I pity the casual viewer who just stopped by to check out the little dragon show’s season finale and see what the fuss is about. – Hillary Kelly, New York Magazine/Vulture 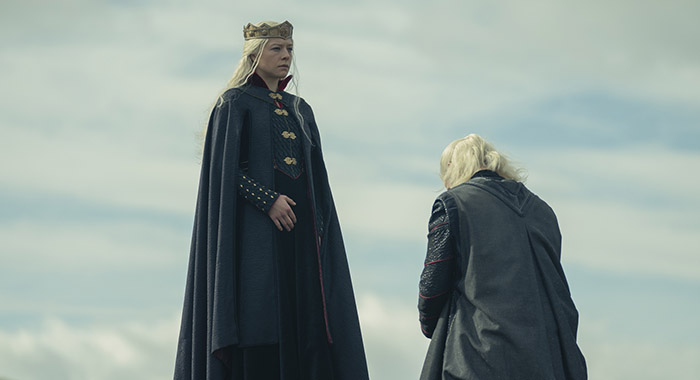 Rhaenyra’s coronation was easily the most moving scene of the season. The acting, score, and cinematography demonstrated the Westerosi sense of awe and wonder at its best, a high point for the entire franchise. – Ian Thomas Malone, Ian Thomas Malone

House of the Dragon Episode 10 was slow until it wasn’t. It showed audiences more dragons than we’ve seen so far and the terror they reap. With one look, D’Arcy ends Season 1 with anger and contempt, and a brewing storm. – Kate Sánchez
But Why Tho? A Geek Community

All of House of the Dragon‘s strengths, and a few of its flaws, were front and centre as the show signed off. – Ed Power, Daily Telegraph (UK)

The season one finale leaves viewers shocked, with their jaws on the floor. Stunning visuals, intense moments, and an emotional roller coaster ride — we wish we didn’t have to wait so long for more. – Tessa Smith, Mama’s Geeky

What did you think of the finale? Tell us in the comments.

On an Apple device? Follow Rotten Tomatoes on Apple News.